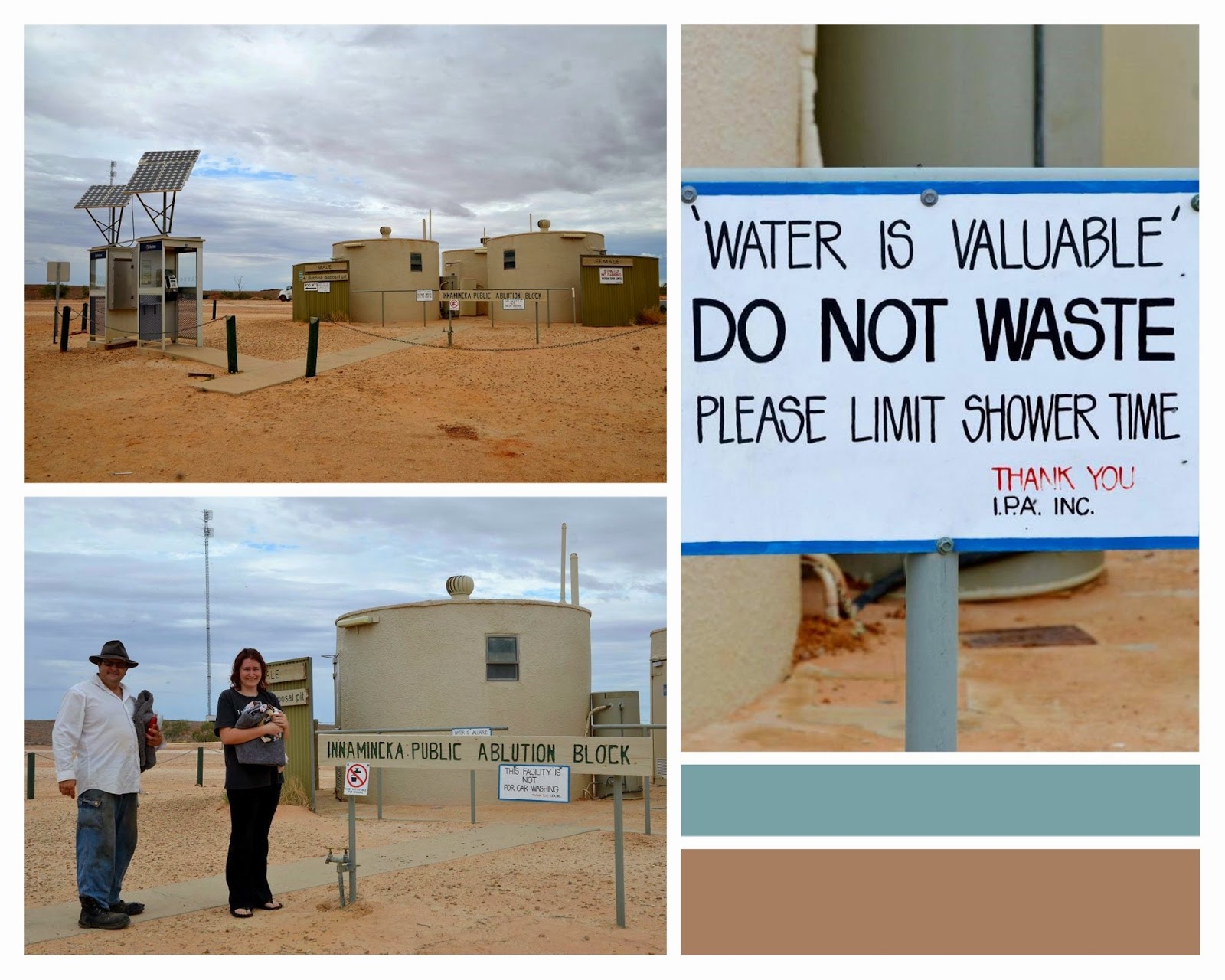 After breakfast we drove the short distance into town, to use the public showers (and flushing toilets)!

At Thargomindah FoodWorks, I'd particularly asked for gold coins when withdrawing cash.  I issued Nick, Erin and I with a $2 coin.

My shower was short and sweet.  The water ran as soon as the coin was dropped in - and stopped exactly three minutes later!

Erin and I both enjoyed hot showers but Nick's was cold, so it was just as well we'd excused the young master from showering - as he is less stoic about water temperature!
Posted by Happy Hamby Campers at 10:30