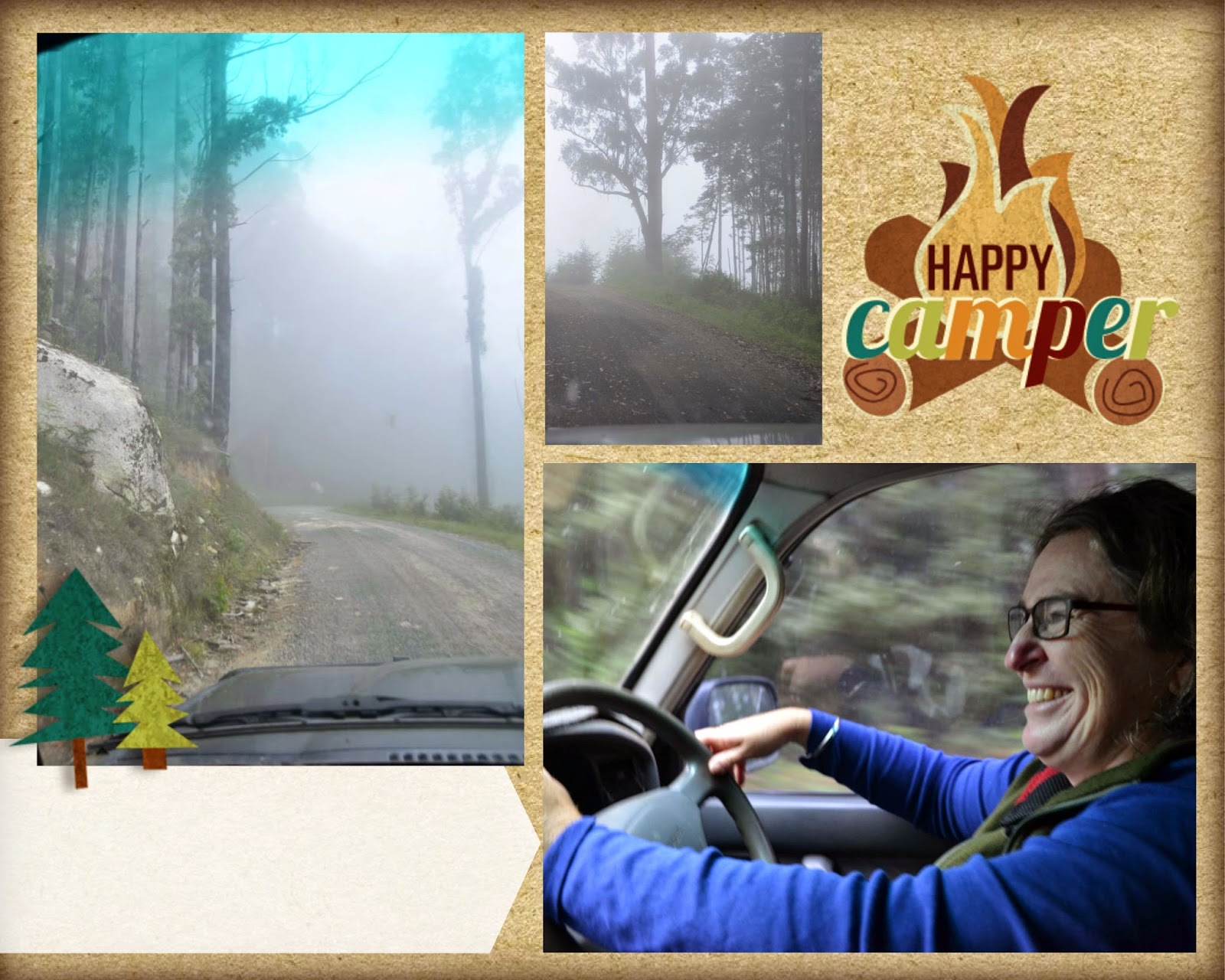 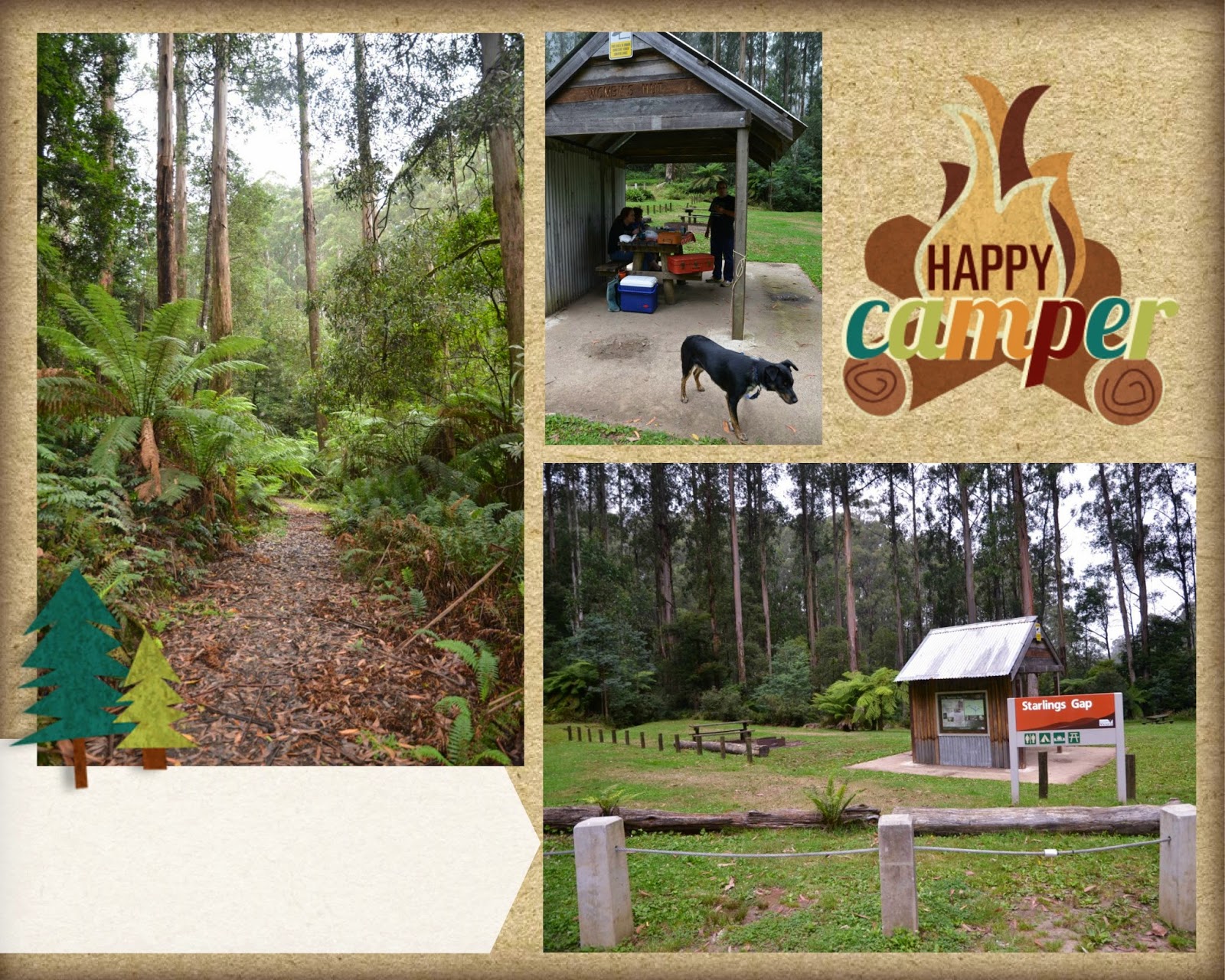 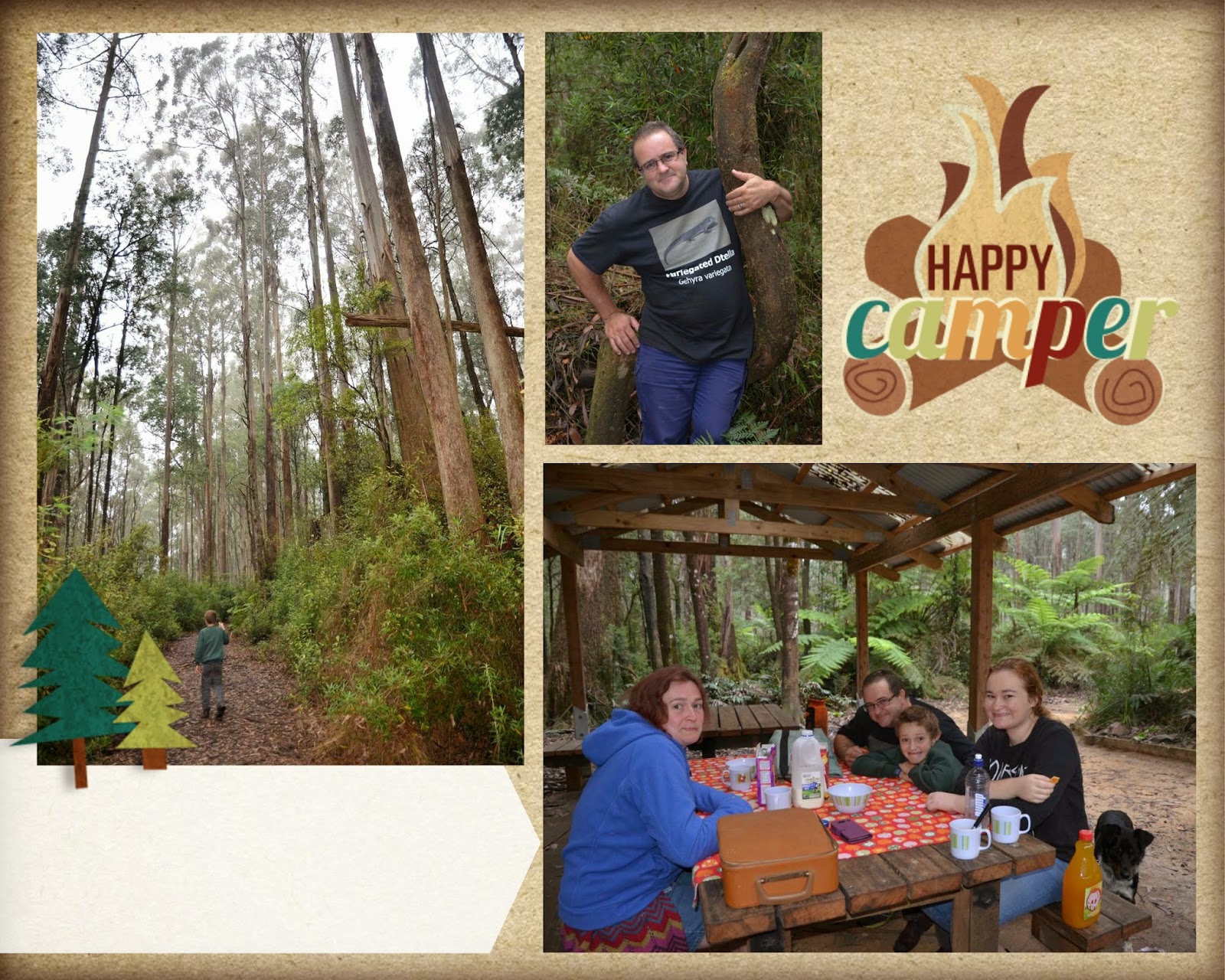 We visited the Ada Tree last October.   It wasn't a planned visit but we were glad to have made the detour.  We even found a new "twisty tree" to continue our photo tradition!

When Nissa visited, we really wanted to take her updated "twisty tree" pic - and show her the Ada Tree!  We were close to the end of her stay when we set off on the 150km long drive to the Yarra State Forest.

We drove a different route to that used for our previous visit and were pleased to finally spot Starling Gap camping area as everyone needed their late lunch!

It was a pleasant picnic spot.  We saw both a yellow and a flame robin flitting about.  I read a little of the saw milling history on an information board attached to the picnic shelter.

We went for a short walk after lunch but encountered quite a few leeches, so very quickly returned to the car!

Further along the road was the Ada Tree access carpark.  We did a new series of "twisty tree" shots, before Erin returned to the car and the rest of us continued to the Ada Tree.  Vaughan walked reluctantly but eventually enjoyed communing with nature - particularly when he and a frog "talked" for a long time!
Posted by Happy Hamby Campers at 22:38 No comments:

Hay, it's the Pink Cliffs! 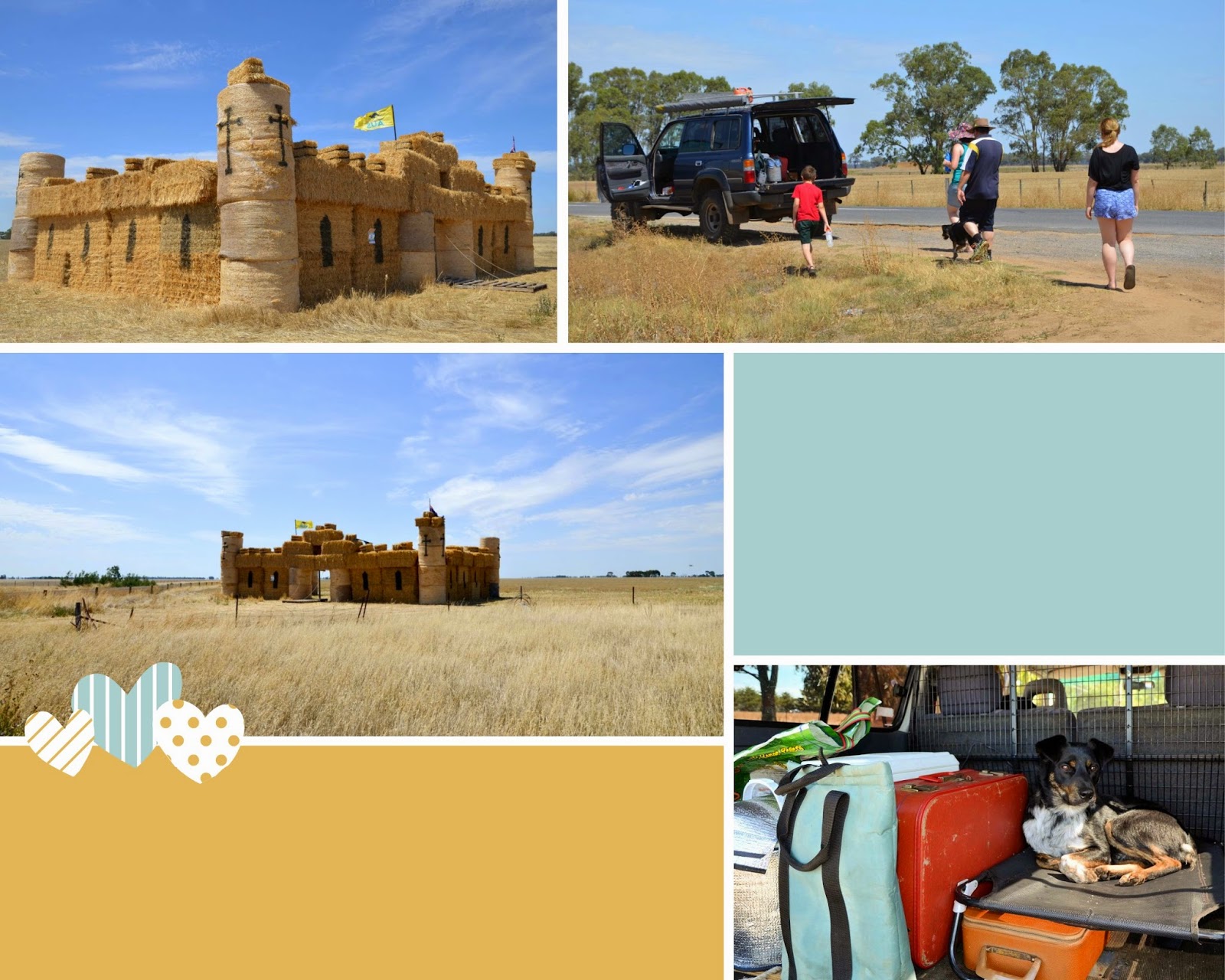 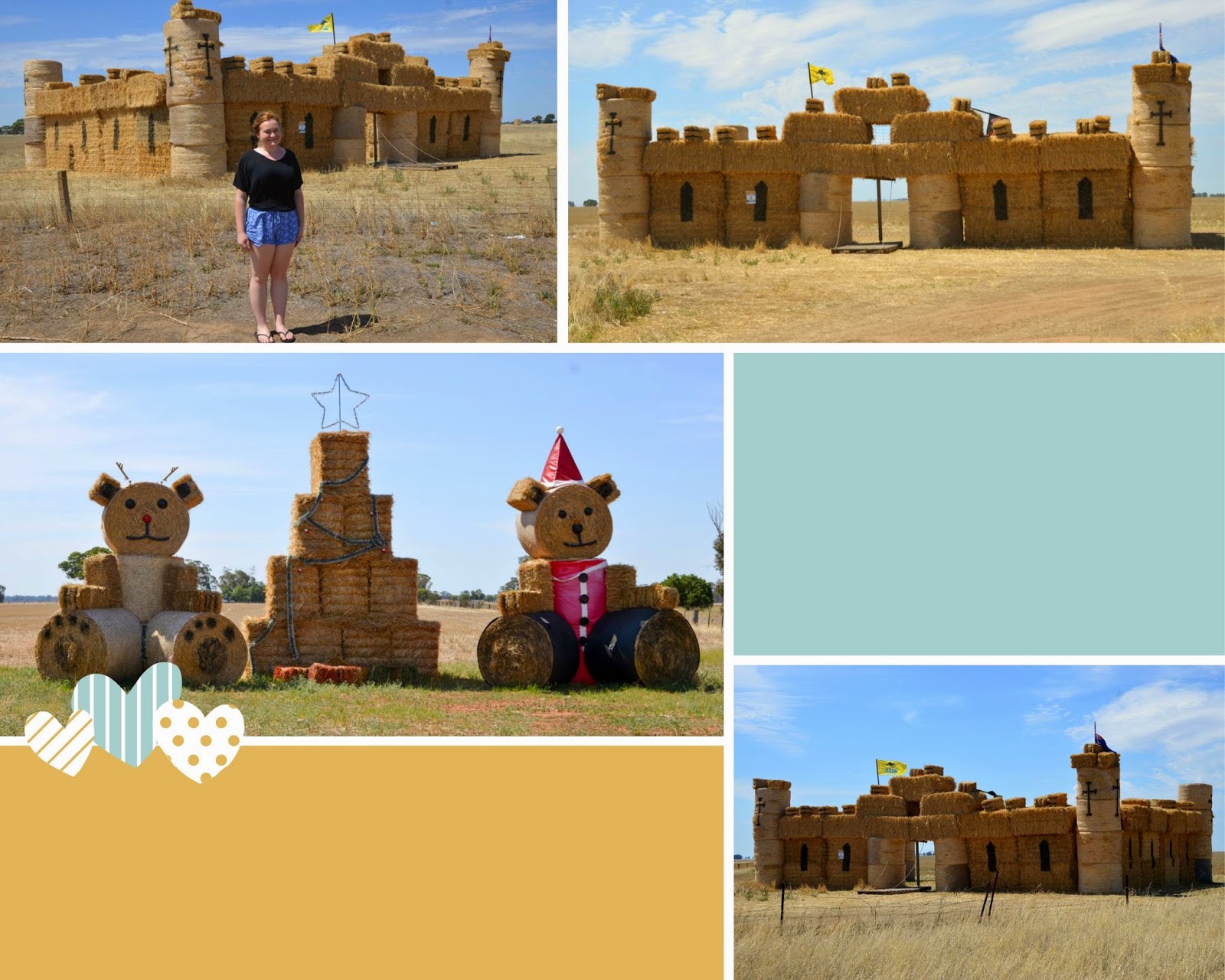 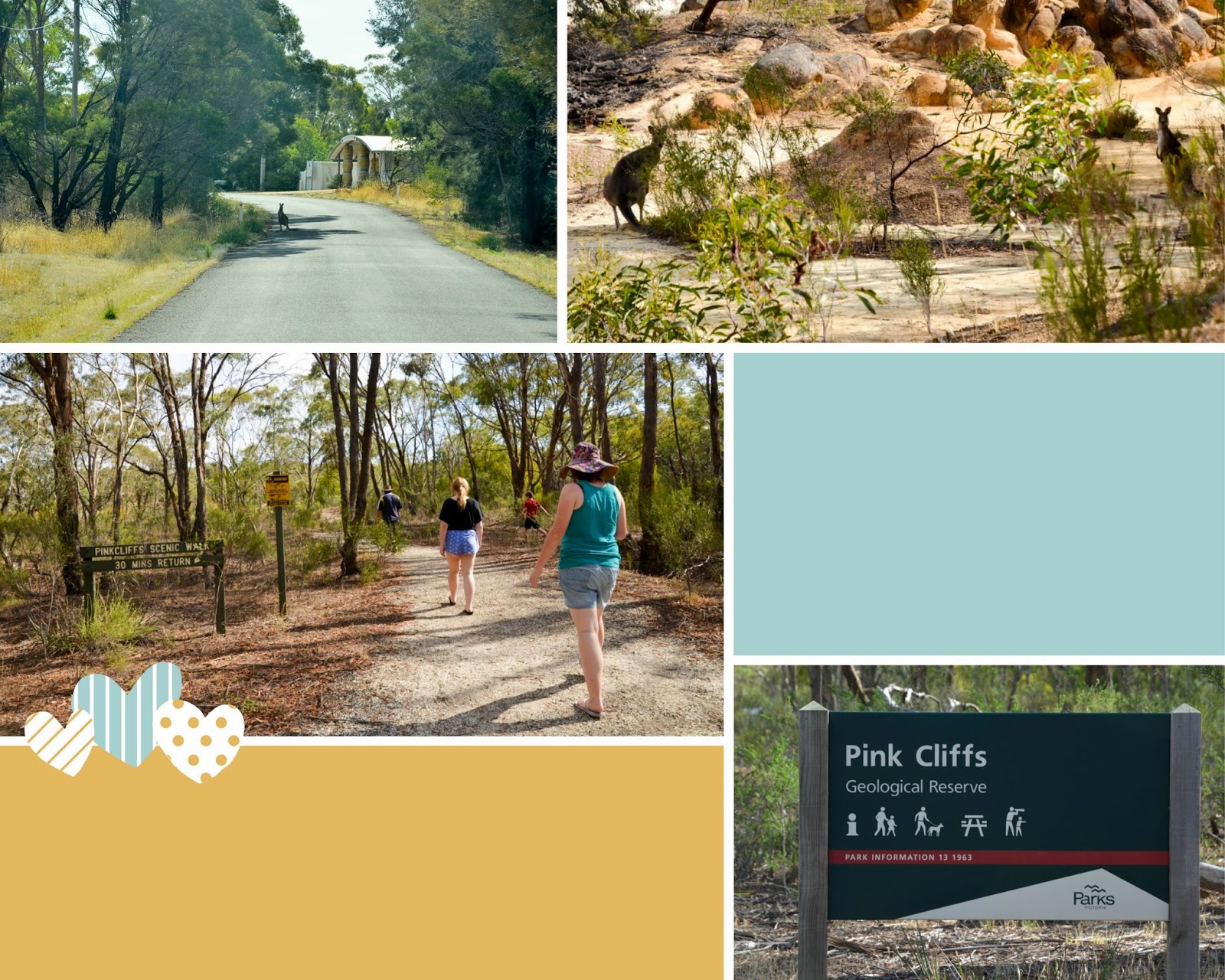 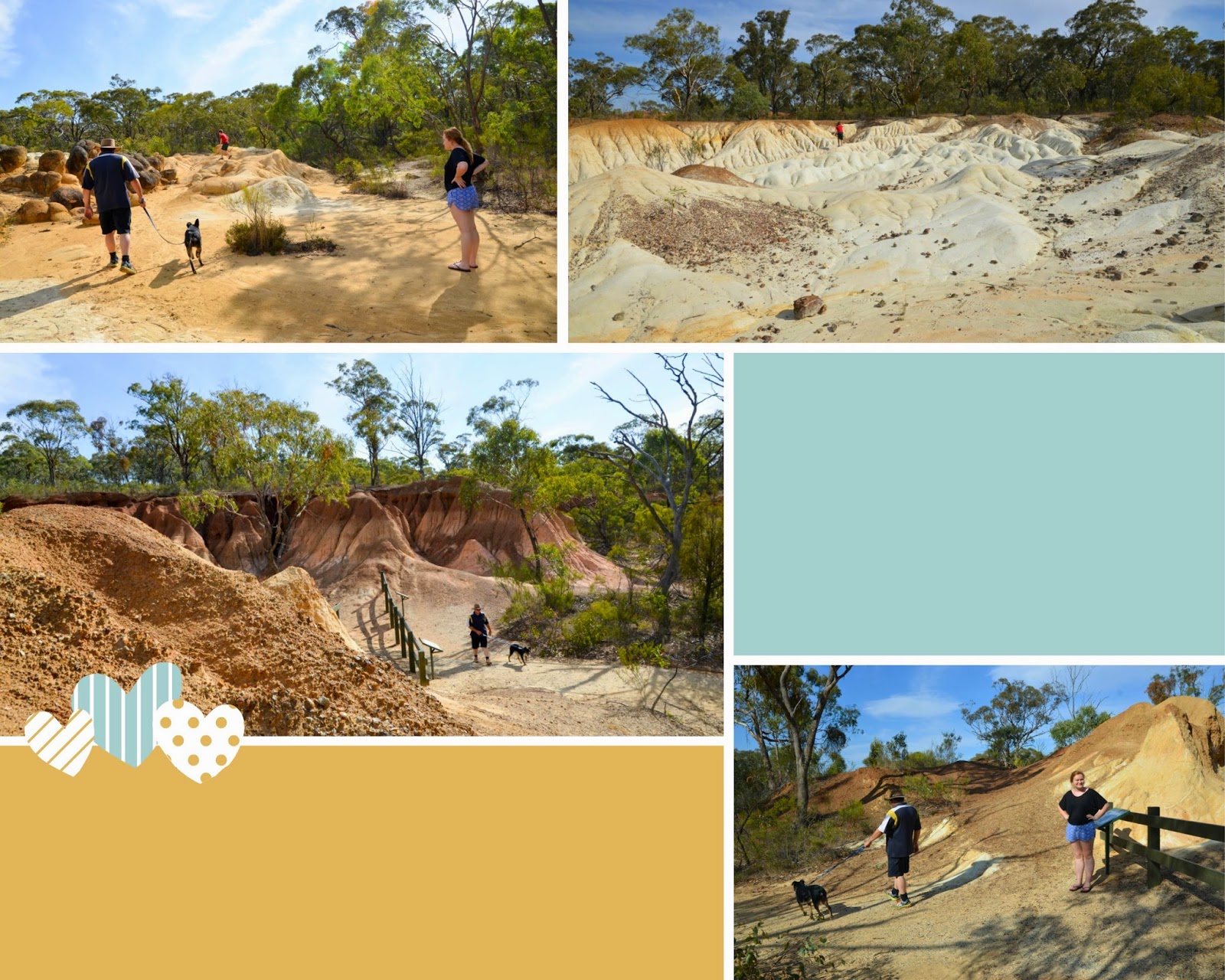 I belong to a few photography groups and in recent times had seen photos of hay bale sculptures. They were all very neat but the castle was particularly impressive - so we set off to see it in real life!

The sculptures were competition entries. By the time we knew about it, voting had closed and first prize (worth $4,500) was won by the castle-builders.  It seemed a well-deserved win!

The competition ran from December to mid-January, when voting started. Maps had been available to show the entry locations.

We were too late to get a map, so only found the castle and the Christmas teddy bears - but they were worth the drive!

On the way home, we called into Heathcote for a loo stop.  We'd seen signage for the Pink Cliffs that morning, so detoured slightly to see them.

As we approached the reserve, there was a roo sitting on the road in the shade of a tree!

We saw two more roos as we walked from the car park to the cliffs - and more again when back at the car park for an afternoon tea picnic.

There was some interesting history at the Pink Cliffs site.  We'll stay longer next time, for sure!
Posted by Happy Hamby Campers at 22:00 No comments: 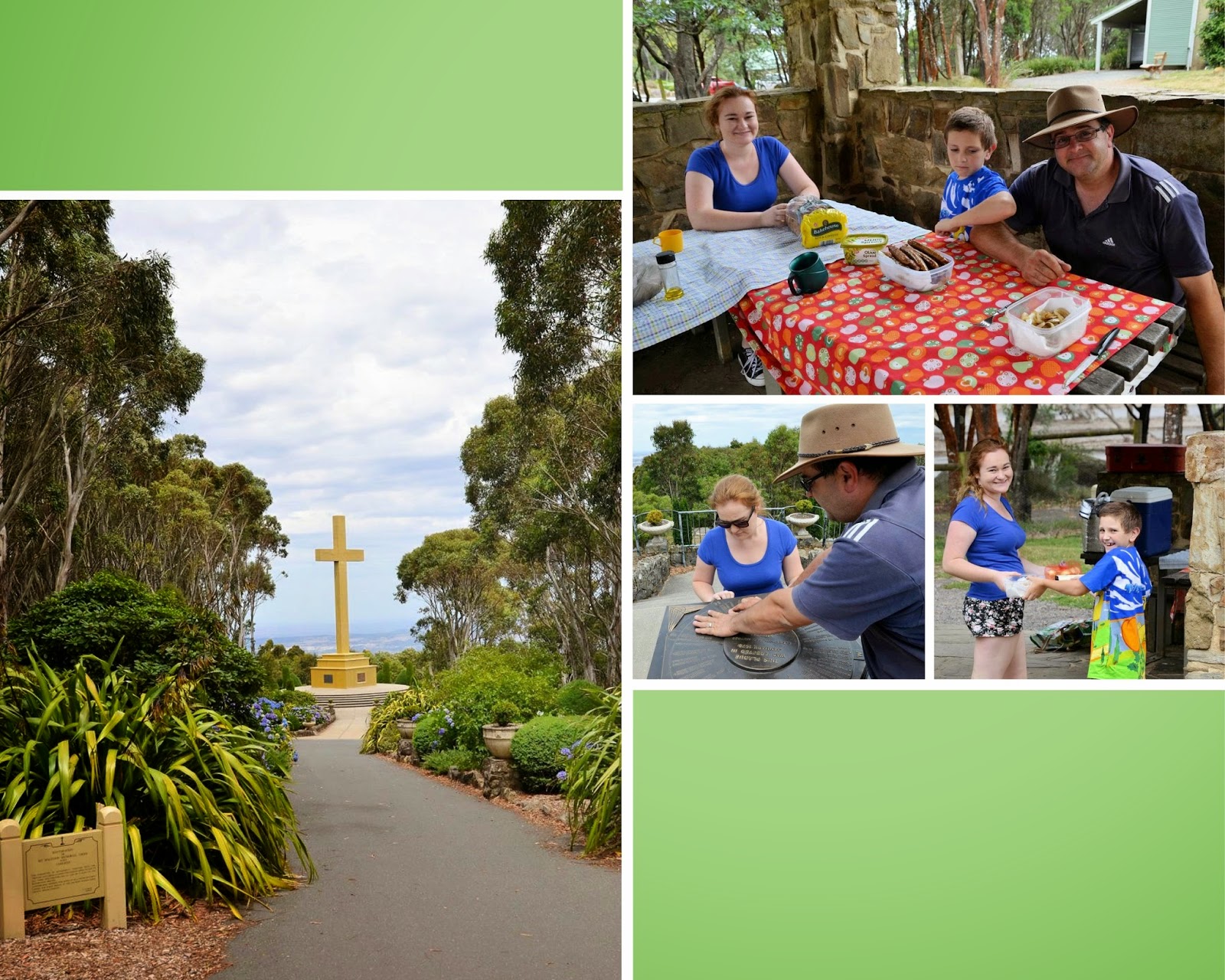 We've visited the Memorial Cross at Mount Macedon a couple of times since our relocation. Of course, our misty mountain picnic will always be fondly remembered!

Today was Nissa's first visit and we enjoyed a sausage sizzle together after admiring the views.

There are many picnic spots in the area, so after lunch we drove around slowly (taking advantage of the clear conditions) to explore further.

We followed the signs to Sanatorium Lake, which was a short walk from the car-park - and we were back in the car before the rain!
Posted by Happy Hamby Campers at 15:30 No comments: