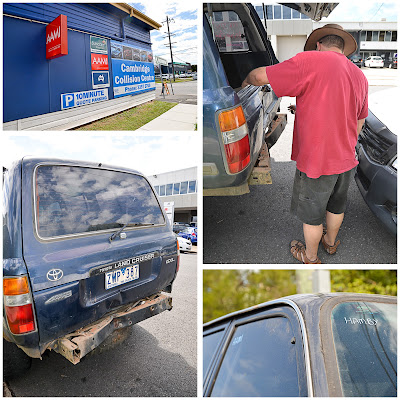 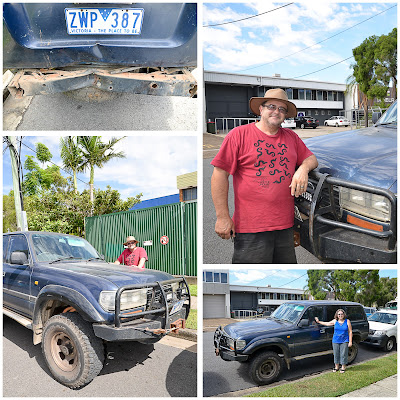 We arrived in QLD on Friday morning. The next Monday I drove Elmer to his damage assessment. He was moved from there to a different repairer and for a while it looked like he would actually be repaired, which was great news.

Unfortunately the cost of repairing our wonderful truck was more than his listed value, so we said goodbye two weeks later.  The staff at the centre were quite understanding of our emotional attachment, with one fellow saying that he'd owned a car for 31 years before it was written off in an accident.

We bought Elmer in October 2010. His odometer then read 290,200 and when we fare-welled him he'd done 420,000. How good is that?! Nearly 130,000 km of adventures (and a few misadventures as well but they are equally important in our family history)!  We'll definitely miss the Fudd Truck but Nick is searching for a suitable successor and we hope to be exploring again - soon.  Fingers crossed!
Posted by Happy Hamby Campers at 23:12 No comments: 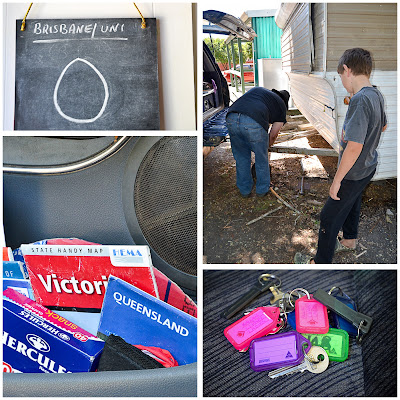 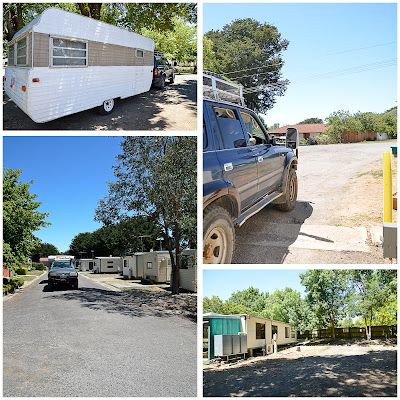 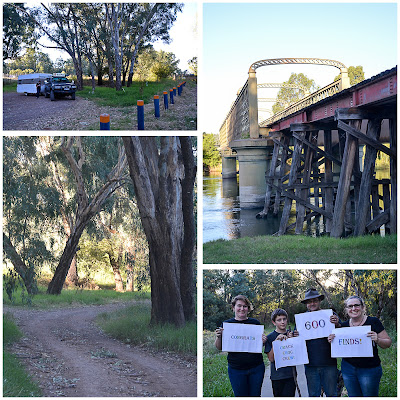 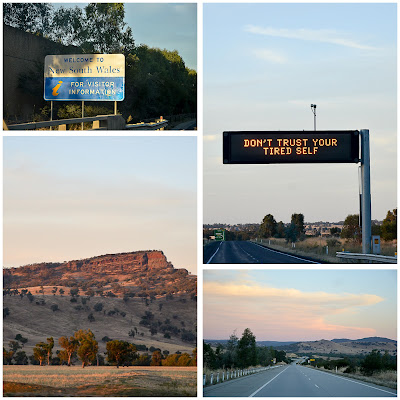 Our last few days before departure were very busy. Aside from all the usual final packing, we were involved in an accident on the freeway where another 4WD lost concentration and ran up the back of us at speed.

We were all very lucky. Elmer was damaged but cleared for travel.  We made arrangements for him to be assessed by the insurance company once we reached Brisbane.

There was lots to do on our last morning. Nissa was farewelled at the train station. We handed back various keys, said goodbye to our neighbours and finally headed out the gate around midday - needing to achieve 530 km before 10:00pm.

Of course we stopped along the way for fuel and sustenance.  We even managed to find our 600th geocache beside the Murray river just before crossing from Victoria into NSW!

We'd achieved our 400th and 500th geocaching milestones while in Victoria and wanted to tick off our 600th as part of our relocation journey from Victoria to Queensland.  (Given timing restrictions, the group shot was not one of our better efforts)!

It was a big day. When planning our itinerary we'd decided against using the van for accommodation en route but rather seek Bandit-friendly places to stay.

The first of those was at the Forest Hill Caravan Park, where we had stayed with our menagerie on the way down to Victoria from New South Wales in December 2012.  It seemed a tidy conclusion to our Victorian era, particularly as we checked-in close to 10:00pm, much the same as we'd done on our first visit.  Denis escorted us to the same cabin we'd used before but skipped the intro tour, cos he reckoned we knew where everything was!

I stayed up for a while after arrival and grinned hugely when I realised that I had no need for my winter dressing gown (which had been standard night-wear even in late January)!
Posted by Happy Hamby Campers at 22:48 No comments: