Get a Giza at this! 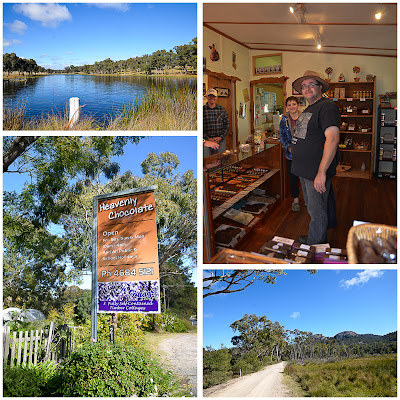 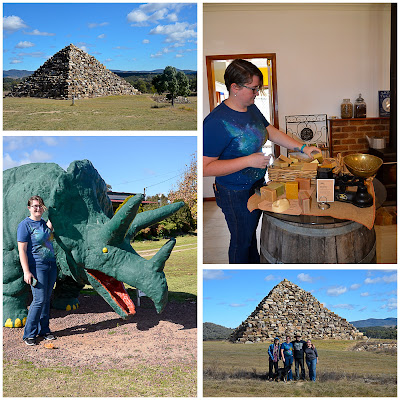 There was frost when we woke on Sunday morning.

The guys in the cabin next to us needed to move their motorbikes into the sun for defrosting before departure!

We packed up for the 10am check-out and admired the dam under clear skies as we drove along.  First stop was at Heavenly Chocolate, near Ballandean - chosen by Vaughan (who felt he deserved a choice cos fancy cheese isn't really his thing)!

The main street dinosaur was made as a float in the 1998 Apple and Grape festival, hence it's neat Fruitisforus name! We spotted him/her en route to the Washpool Farm Soaperie, where Erin and I bought a bag of bargain, hand-made soap seconds.

When I read about the pyramid at Ballandean, it was high on my list of things to see. It's made from blocks of local granite and stands about 17.5 metres tall. It took around eight months to build, using an excavator and dump truck. You can read more of it's story, here.

Vaughan isn't always keen to participate in our group shots, so I bribed him with quicker access to his hand-made chocolate, to ensure positive co-operation!
Posted by Happy Hamby Campers at 15:49 No comments:

Email ThisBlogThis!Share to TwitterShare to FacebookShare to Pinterest
Labels: June 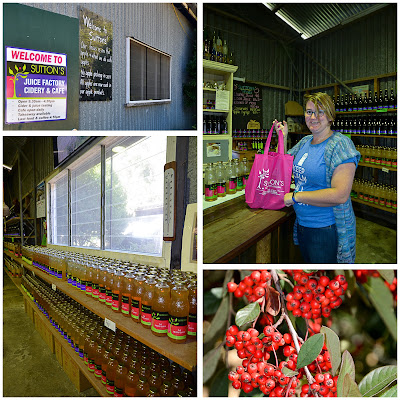 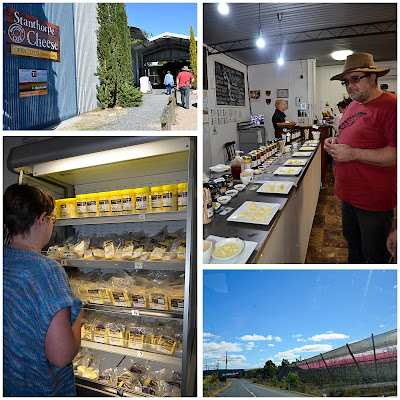 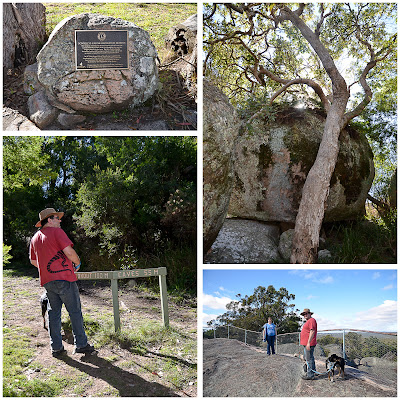 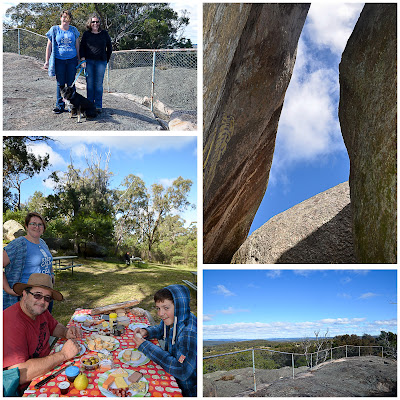 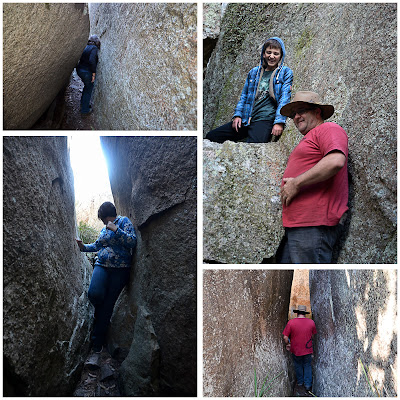 We made a slow start on Saturday, sleeping in and then lingering over our BBQed brekkie.

Once on the road, our first stop was to taste some specialty apple juices and a rather fine apple syrup (which we're scheming to drizzle over pikelets)!

Our intended destination was Donnellys Castle - a rock formation and picnic area that we could explore with Bandit.  (Stanthorpe is know for huge boulders in nearby Girraween National Park but that was off-limits for us).

We spotted a cheese factory en route to the castle, so called in to sample some excellent offerings - and bought a couple of favourites.  (We highly recommend Jersey Cow Feta and Brass Monkey Blue)!

It wasn't all that far from the cheese factory to the picnic area and we saw several groups enjoying cheese platter lunches!

Donnellys Castle had quite mixed reviews on some of the sites I checked.

We thought it was brilliant!  So many rocks to scramble over, around and between.  We easily spent several hours there - feasting on cheese and soaking up the sunshine, in between bouts of squeezing through the rock maze. We outlasted many of the other visitors.

The area is said to be one of Captain Thunderbolt's hideouts.  He was obviously another slim individual, like Captain Melville, who had a hideout at Melville Caves, which we visited while in Victoria!

Donnellys Castle is Crown Recreation Reserve named after Ned Donnelly, an original settler of the area.  In 1973 the local Lions Club began to develop the facilities and still maintains them for public enjoyment.

It's quite likely we'll visit Stanthorpe and Donnellys Castle another time.

We may even travel a little further afield to fossick for topaz in the Passchendaele State Forest. Fingers crossed for success!
Posted by Happy Hamby Campers at 21:35 No comments:

Email ThisBlogThis!Share to TwitterShare to FacebookShare to Pinterest
Labels: June 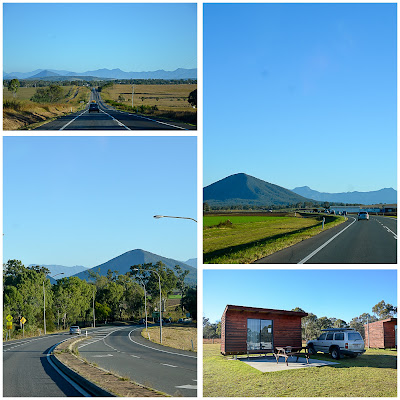 In contrast with our Dalby long weekend, there was very little preparation for our next mini break.

Nick and I bought some provisions from one of our local supermarkets on Friday morning but there was no menu plan - which Nick found quite novel!

We were packed up ready to depart after Vaughan finished school and had a smooth run out to our accommodation on Storm King Dam, near Stanthorpe.  Once there, we sorted ourselves fairly quickly.  It was a little cheaper to take linen for our "mini hut" beds, so we did that - which meant making beds on arrival. (The small cabin didn't have an ensuite but it was Bandit-friendly and definitely bigger than the van)!

I used the small kitchenette and plug-in hotplates to chef some creamy bacon and mushroom pasta for dinner - an easy option that seems a bit flash!  (Well, easy-ish with some improvisation around the limited space and utensils).
Posted by Happy Hamby Campers at 21:00 No comments: