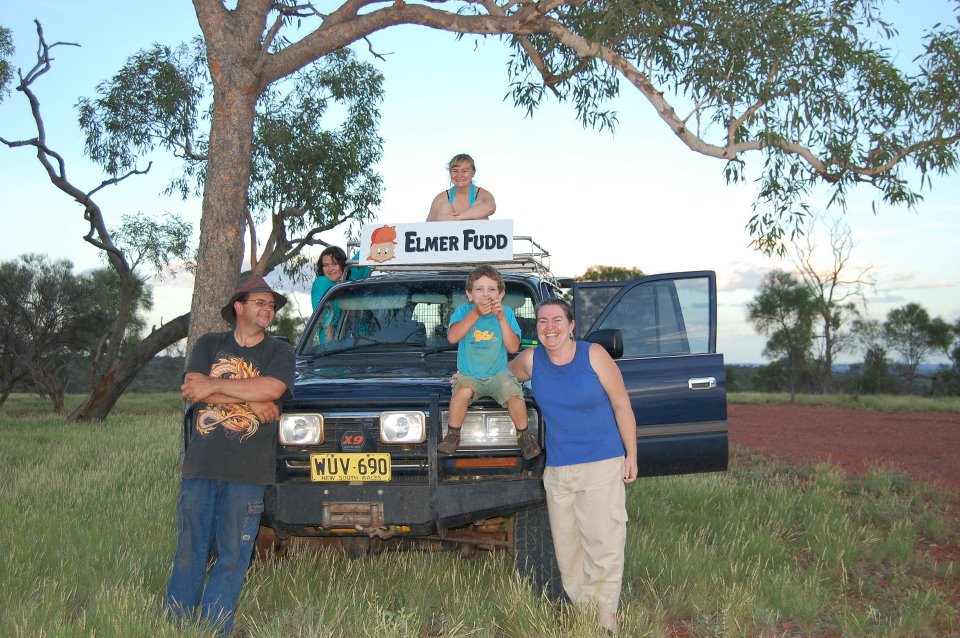 I started writing Happy Hamby Campers in November 2010, when we lived on the Central Coast of New South Wales.  We'd already enjoyed a number of camping adventures and I decided to include our past exploits.

It was usual for me to keep a diary while away, which made my catch-up blogging fairly easy. Given our generally non-powered and/or remote destinations I continued to keep a journal while away and then write of our adventures after returning home - when computer and internet were available for photo-uploading and blog publishing.  (In 2014 we spent 10 weeks at Yowah, so had a laptop and Telstra mobile broadband Wi-Fi gadget with us and I was able to blog in real-time).


In December 2012 we re-located almost 1,000km South to Victoria. For the first three months we stayed in Melbourne but then moved about 45km North-west from the CBD to a 5-acre property. During our 2.5 years on that property we raised a calf, adopted chookies, built a vegie garden and generally dabbled in semi self-sufficiency. Those endeavours all occurred when we were not camping but rather home instead /"Home(in)stead", hence the title of my second blog (accessible from the top menu links).

There was a cross-over from from September 2015 to February 2017. We left the property and used our small caravan as a base, while actively seeking an interstate relocation further North. It wasn't really camping - but we didn't have a home(in)stead, so I continued to post on Happy Hamby Campers during that period.

In February 2017 we relocated from Victoria to Queensland (about 700km North of our original New South Wales location and 1,700km from where we lived in Victoria). We are quite near to Brisbane and are enjoying exploring our new state.

These are links to some of our earlier trips up until November 2014.  The listing is leftover from when I had an index page, which is no longer necessary.  We've had plenty of adventures since these but you'll need to read about our more recent escapades via the Blog Archive menu or Take Me To destination listing (both located in the side bar on the right of screen).

Nambucca Heads/Kwiambal (January 2010)
Our first 11-day trip away from home with our new trailer.

Lightning Ridge (September 2011)
Our "lightning trip to the Ridge" is documented in September and October 2011.

Warrumbungles (August 2012)
Our week-long Warrumbungle wanderings are documented in August and September 2012.

Wagga Wagga (January 2014)
Our first trip with our upgraded tents and camp stretchers.

Innamincka (April 2014)
We left the trailer at Yowah and packed Elmer to the max!

Caravanning! (November 2014)
We bought our van in October and made our maiden voyage at the end of the month!