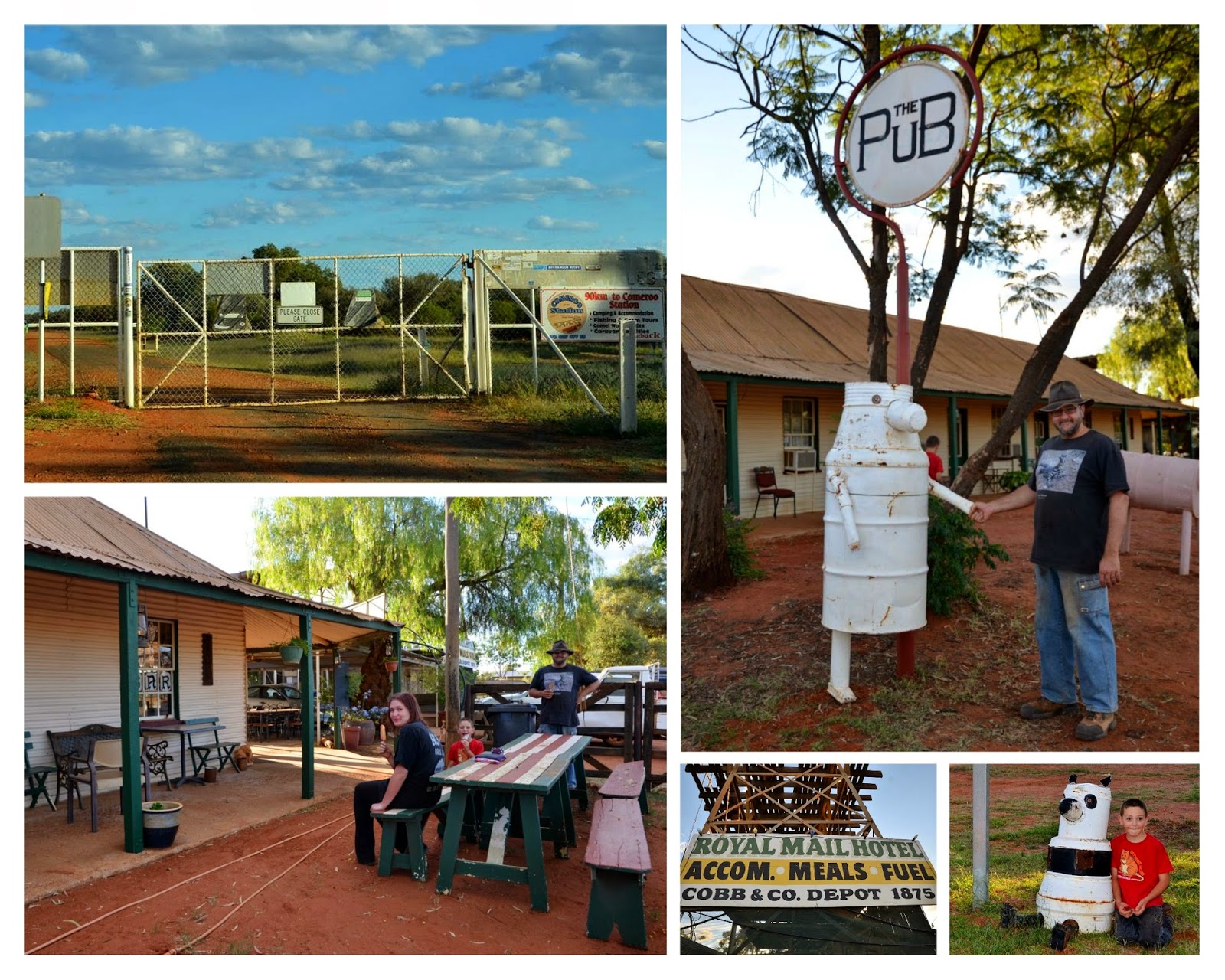 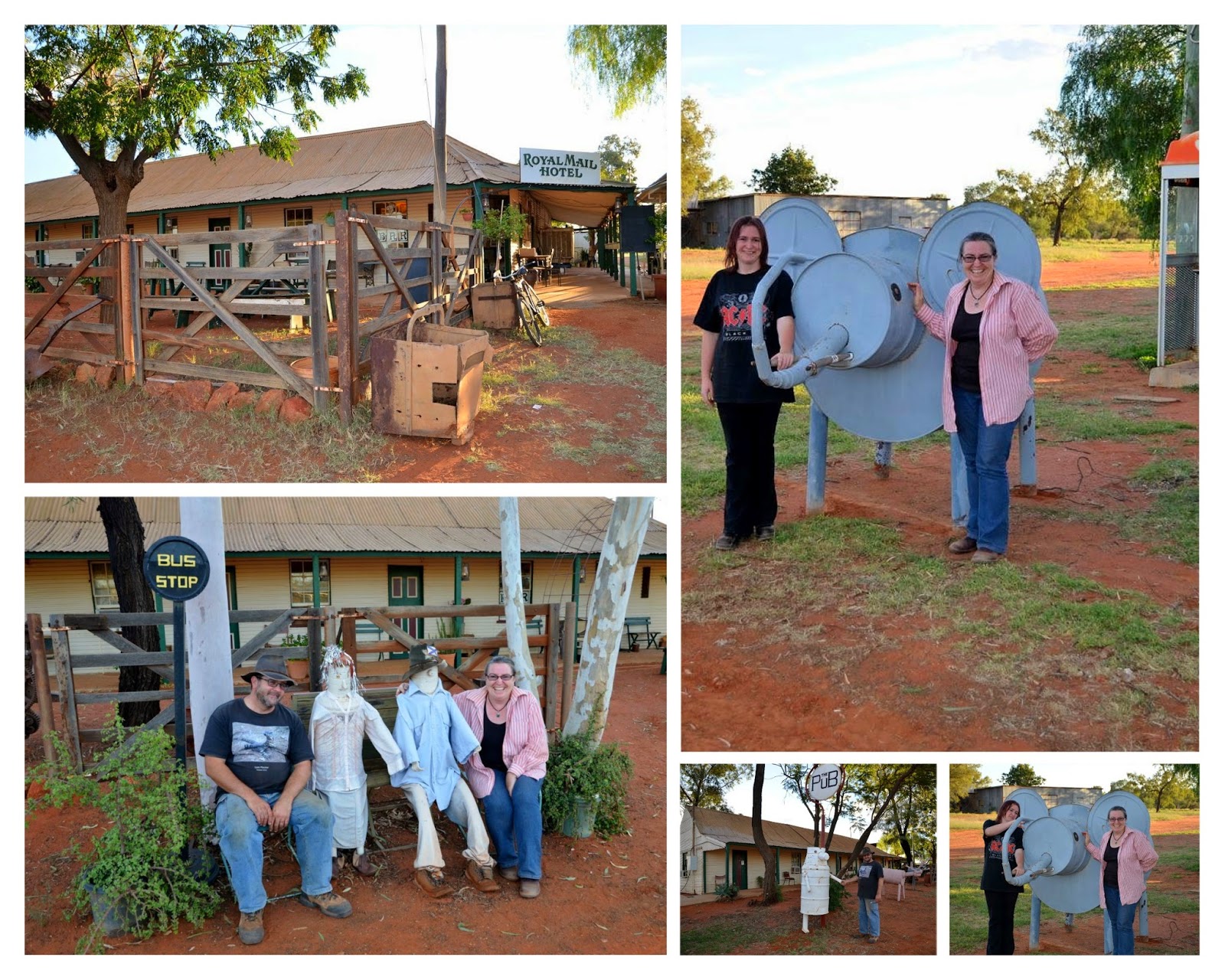 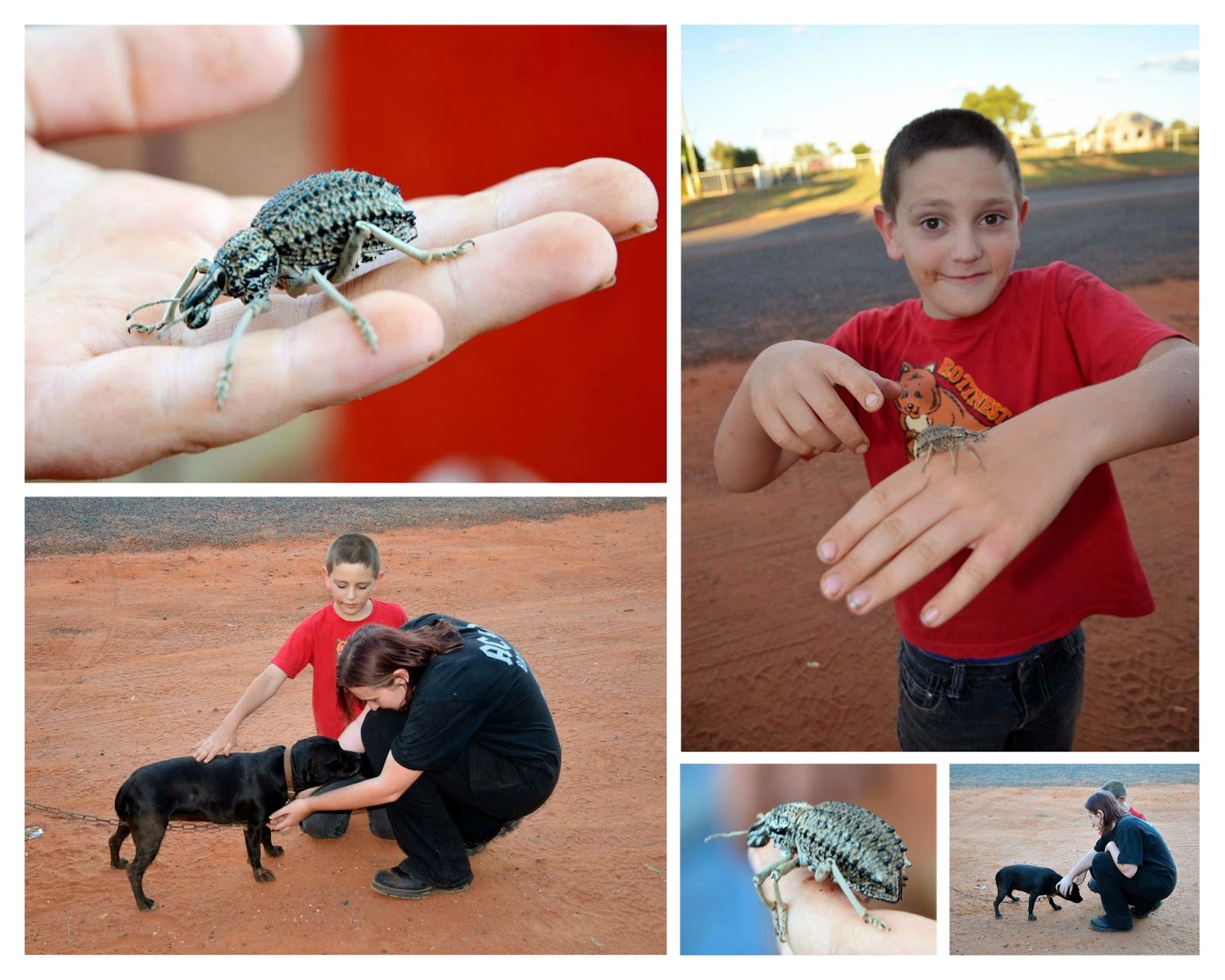 We travelled down to Hungerford, hopeful of an afternoon ice-cream - and a look at the NSW/QLD dog-fence border gate!

There is no general store at Hungerford, just the pub.  I felt a bit odd walking in and asking for ice-cream, so poked around a bit first.

There were lots of wildlife posters and historical photos in the bar as well as a few souvenirs. I still couldn't see any groceries (as per a sign in the street) but one of the locals assured me there was a box of ice creams in the freezer (behind the bar).

He then walked into the kitchen to fetch the bar-tender and we were given a choice of three flavours!

We sat at the table outside to eat, admiring the simple sculptures while Vaughan played with Tilly the cocker spaniel(ish) dog!

We took particular note of the name because we know Tilly the boxer!

Nick found this huge weevil and showed it to Vaughan, who was very impressed by it's size!  We've seen other weevils at Yowah and while bush-walking other places but they were all midgets in comparison with this fellow!
Posted by Happy Hamby Campers at 17:00