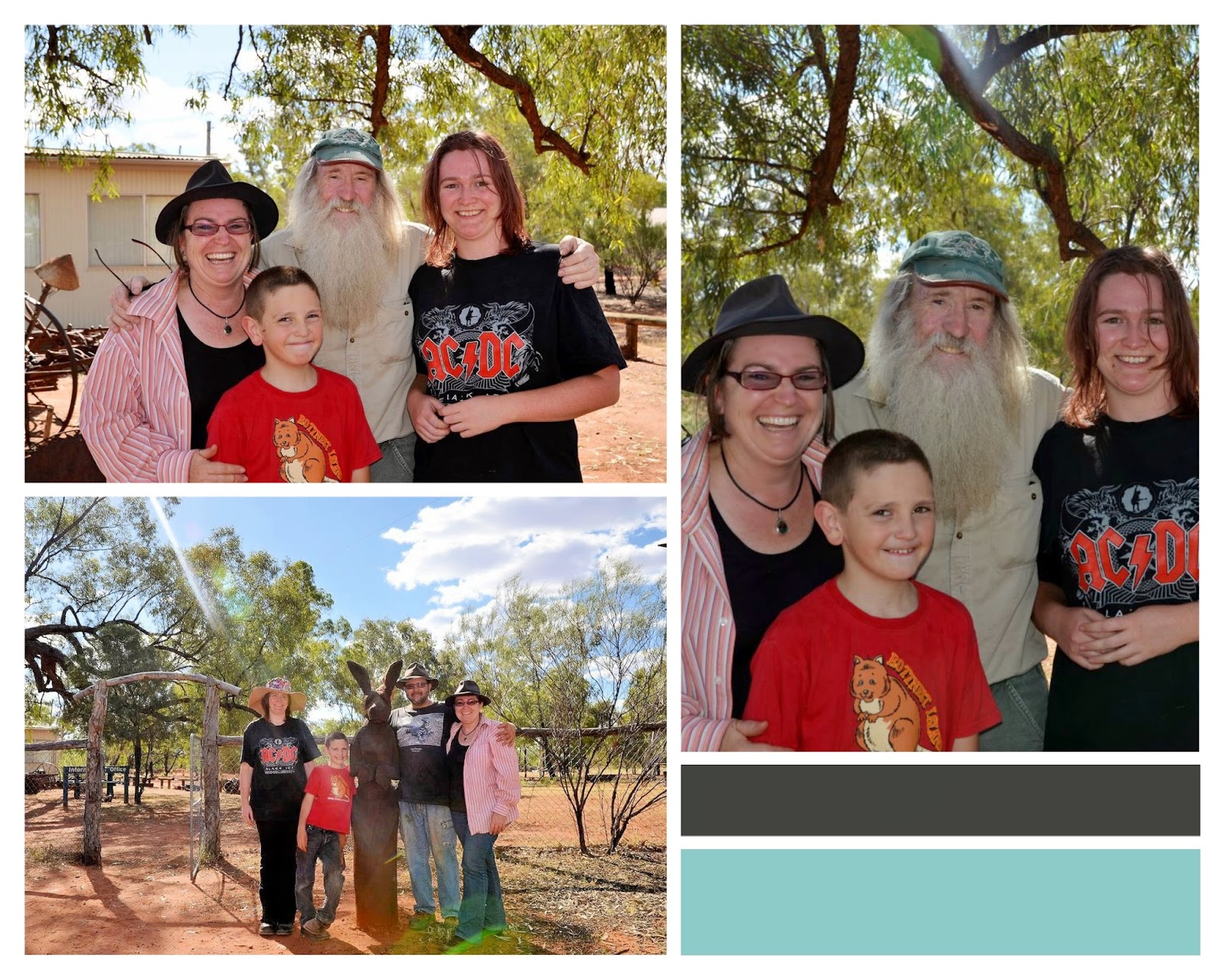 I have previously mentioned watching "The Bilby Brothers" documentary last year. It impressed all of us and prompted our Charleville visit, especially to see the Bilby Sanctuary.

While we were at the sanctuary we caught a glimpse of Peter McRae (one of the "bilby brothers") who waved to the group from his truck as he was departing the complex.  Erin was particularly disappointed not to meet him more closely.  Soon after our arrival a truck drove into the park headquarters but I was pre-occupied by hunger and didn't give much thought to the ranger's identity.  Nick set up our dual-fuel stove on the picnic table and set about BBQ-ing our sausages.

We hadn't long started eating when the ranger came over to chat - and Nick addressed him as Peter the movie star!  Peter looked a bit taken aback and said that the world was obviously hard-up for movie stars!  We chatted for a while, offering a sausage sandwich and an ANZAC biscuit - though we forgot to introduce ourselves!  We mentioned almost meeting him at Charleville and how our visit to the sanctuary had been prompted by his "movie".

He was a lovely man and we thoroughly enjoyed meeting him, so were very happy when he agreed to pose for some group photos - and hugged all of us, too!
Posted by Happy Hamby Campers at 14:00