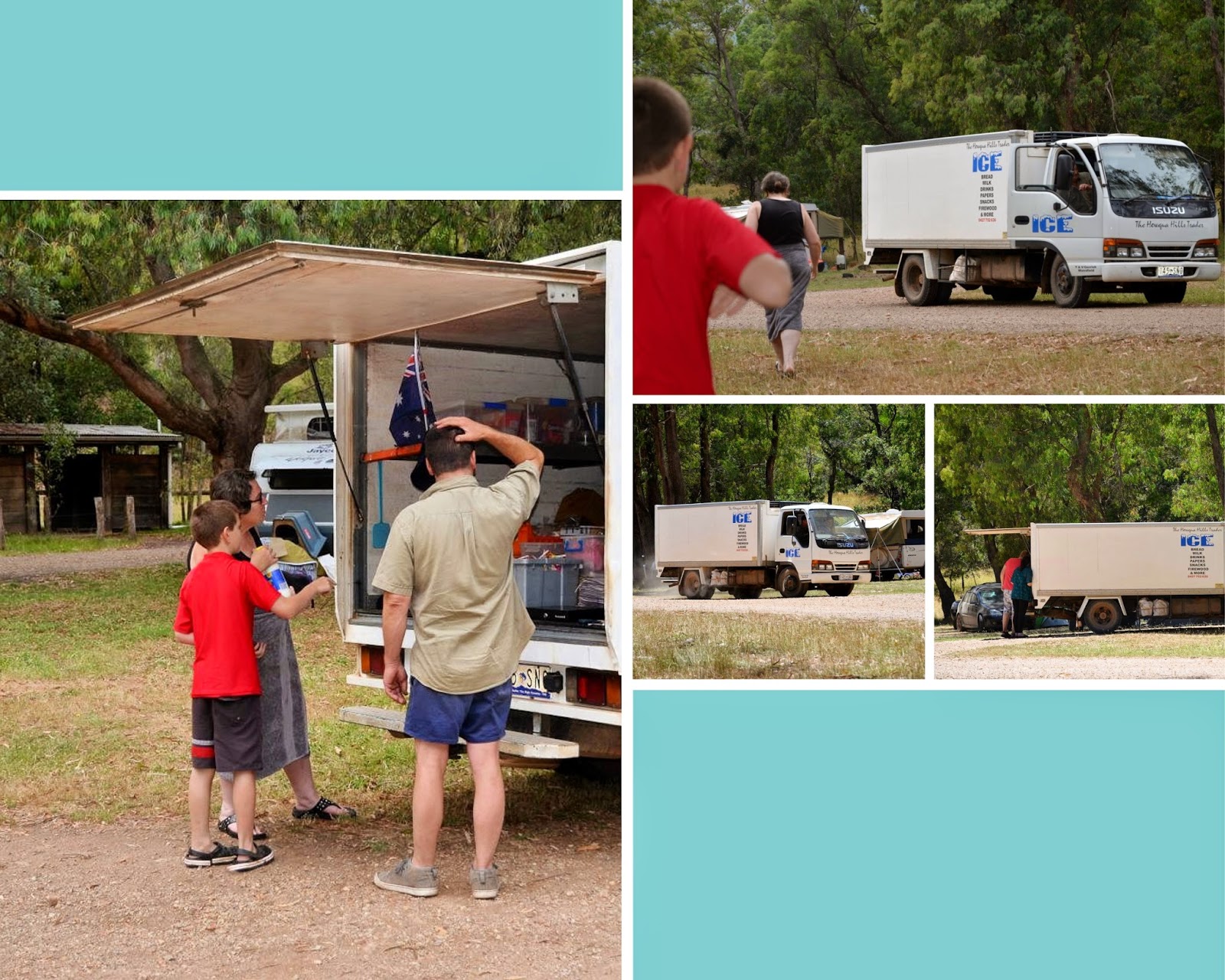 At lunchtime on Saturday, we'd been quite taken with the site of a grocery truck doing the rounds of the campsite! At that stage we assumed it sold mainly ice, bread and milk.

When Vaughan and I were walking back from the river, we saw the truck again.  I spoke briefly to the driver, to indicate I'd like him to stop near our van (as I didn't have money with me).   I bought milk and a chocolate bar, then stood with Vaughan who was busy checking the truck contents.  As well as bread, milk and ice there were newspapers, magazines, biscuits, chocolates, toiletries - even a dog toy!

I chatted to the driver about the business.  He used to supply the town with ice and had been asked to deliver two pallets to a gathering of the Mountain Cattlemen.  On the off-chance, he had also taken bread and milk - and the business had grown from there.  He had a permit from Parks Victoria to operate but also was a long-time employee of the Mount Buller chair lift.  (The grocery truck only services the campgrounds during the busier November to April period).
Posted by Happy Hamby Campers at 13:00