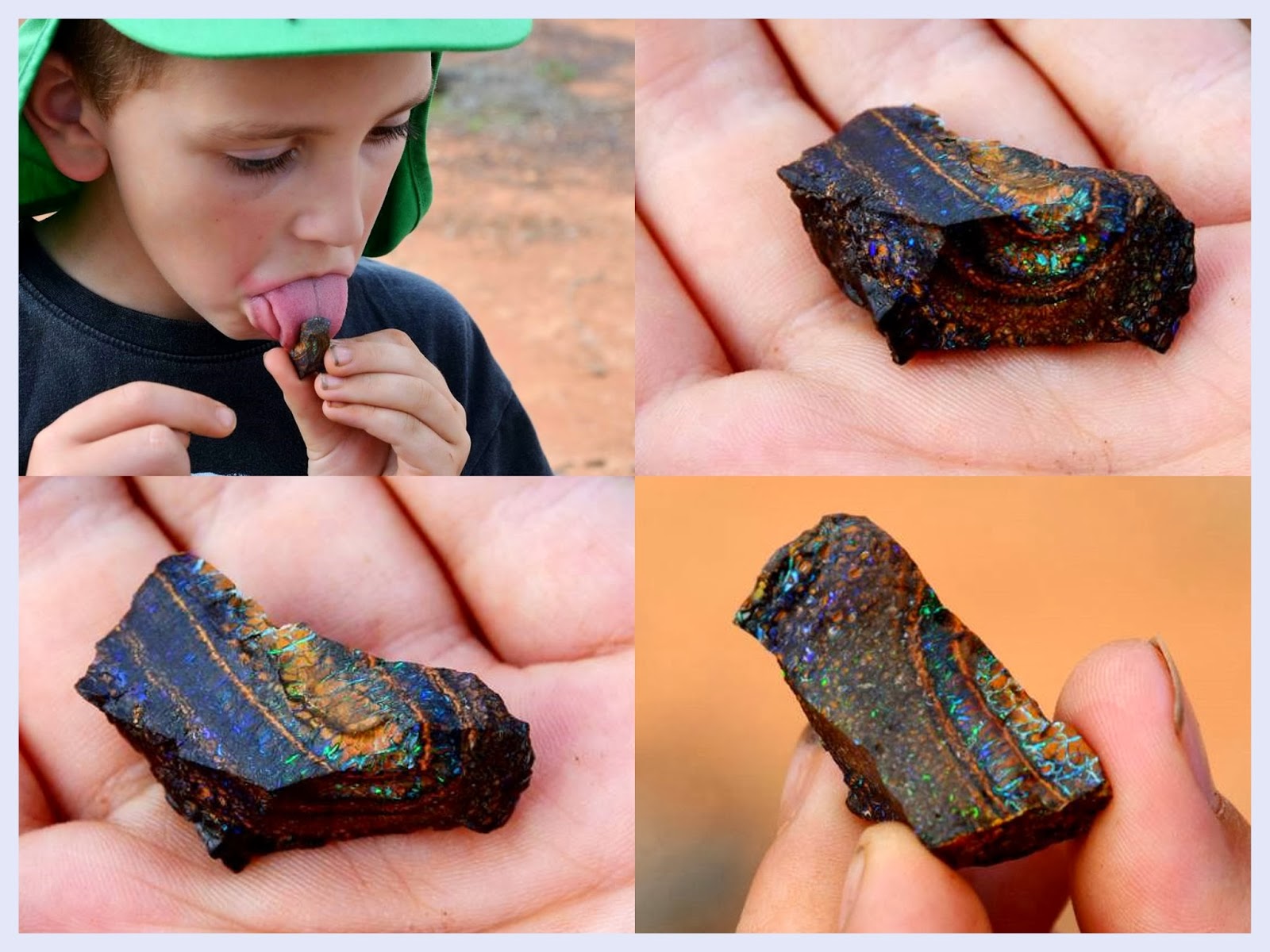 It's fair to say not many people know where Yowah is.

In fact there are some that struggle with the concept of south-west Queensland.

Just prior to leaving Erin mentioned our destination. Her companion then recommended we visit the Daintree while we were in the area?!  In a similar vein, Nick has a reputation among his work colleagues of holidaying in places that don't feature on Google maps - so it was extra funny when he spoke of Yowah to another work acquaintance and was immediately asked if he was a "rock-licker"!  (By way of explanation, opal "colour" shows best in a wet stone. I introduced Erin to the concept during our July 2010 Yowah visit.  She's used water since)!

Vaughan found this stone in the fossicking area on our first day.  Our neighbour has since looked at it and declared it "good", worthy of being polished!
Posted by Happy Hamby Campers at 18:00