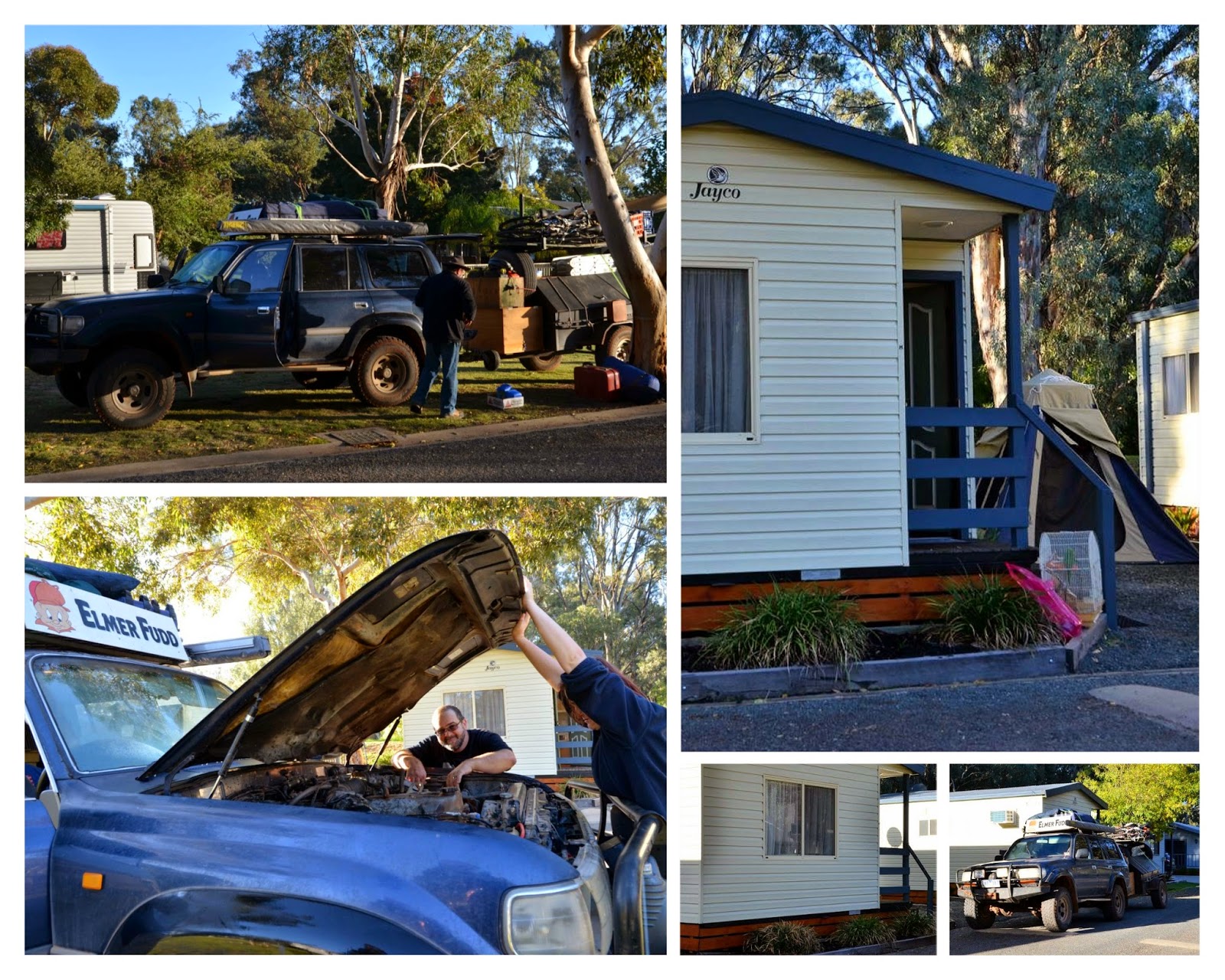 We were up early to pack Elmer ready for departure. As usual, Nick was in charge of actual packing. Erin and I created a stack of items next to the trailer.

After most things were out of the cabin I did the washing up and floor-sweeping in preparation for returning the keys.


We were on the road again by 8:30am, a little later than scheduled but still quite respectable - particularly given Elmer's "back-back" had been totally repacked.

We enjoyed our time in Deniliquin and were particularly thankful that our roadside assistance had covered just about all costs.  Both accommodation options exceeded the maximum payable benefit, so we were out-of-pocket $33 in total - plus the repair cost of $154.  Had we paid the full accommodation costs and two sets of towing fees as well as the repair, our wallets would have been considerably lighter - and our hearts much heavier!
Posted by Happy Hamby Campers at 08:30

Email ThisBlogThis!Share to TwitterShare to FacebookShare to Pinterest
Labels: May