It's always interesting to see what people take away camping.  In the early days I spoke with a man who really believed an ice-making machine was essential because he liked a drink of an evening - with ice-cubes!

Our lovely neighbours at Yowah in July 2010, were Geoff and Enid (and their dog, Jacque).  They had a van and towed a hard-floor camper.  Geoff's lapidary machines traveled in the rear of the van!  (We were very sad to hear of Geoff's passing but remain in contact with Enid, which is lovely).

We had more lovely neighbours at Lightning Ridge. Simon and Rachael were coming to the end of a year-long trip, travelling in a trailer that Simon custom built.  A priority for him was to fit a schmick coffee machine!  (It was Simon that assisted Nick with Elmer's repairs that trip).

From time to time Nick and I look at swanky caravans and camper trailers.  We once spotted a small, six-metre off-road van.  AT $60K it was the cheapest one in the show-room.  Aside from the price, we were amazed by it's three televisions (including one that was mounted outside)!

We generally prefer a simpler life while away.  Aside from my camera, journals and writing folder, I like to take my reference library.  Yep, I'm a bit nerdy! 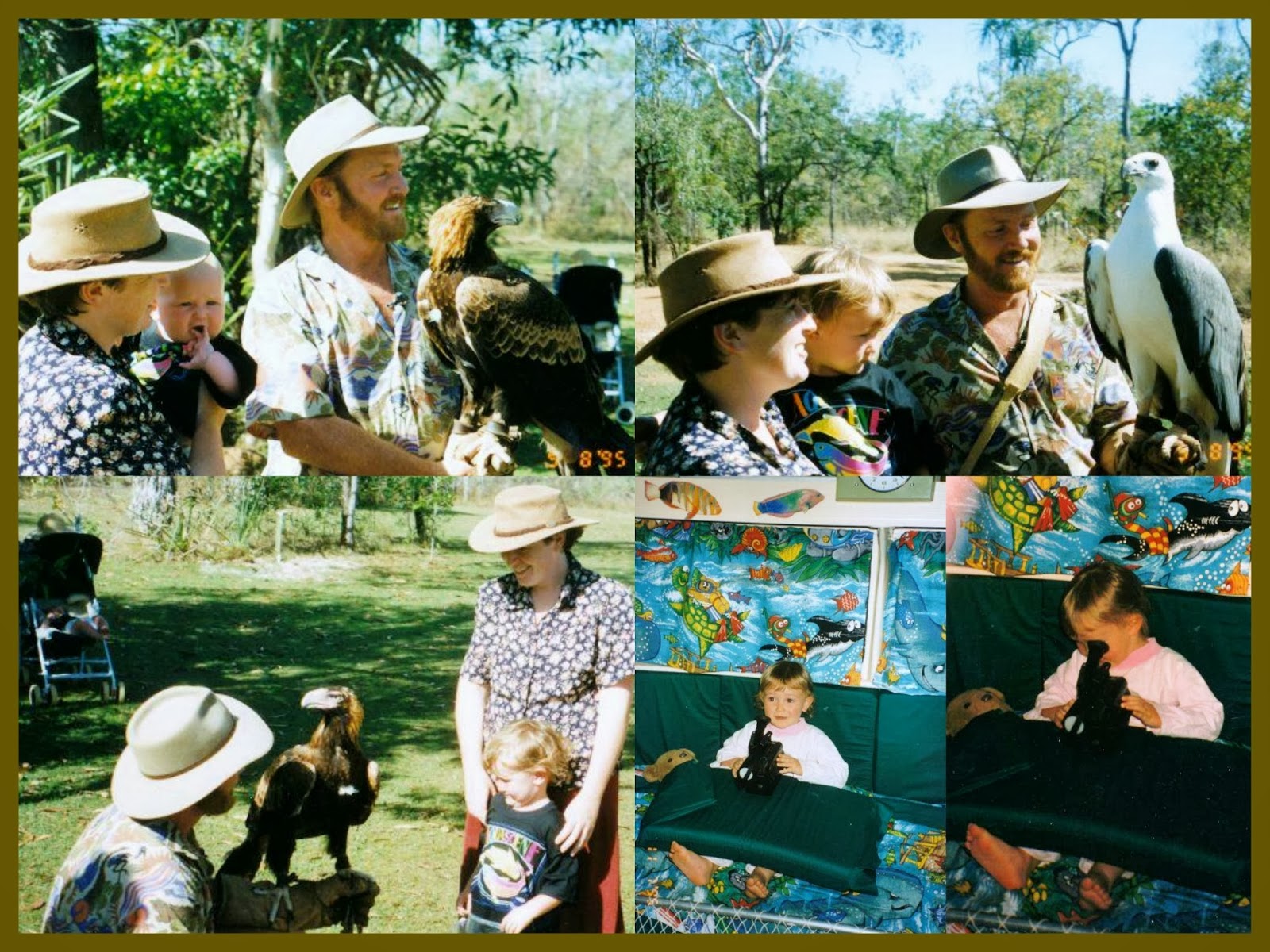 I bought my first copy of "The Slater Field Guide to Australian Birds" for use on a trip through the Northern Territory, when Nissa was a baby.  (She's in her mid 20s now and recently graduated from her second degree)!

I've since updated to a newer edition, which was MIA when we headed up to Yowah in December 2010 so I bought Simpson & Day's "Field Guide to the Birds of Australia" from the Cunnamulla Post Office.  I now use both books so we have the benefit of extra information while camping.  I often use the Birds in Backyards website at home. These days we have laptops and mobile broadband, so will be able to utilise online resources, which will be novel. 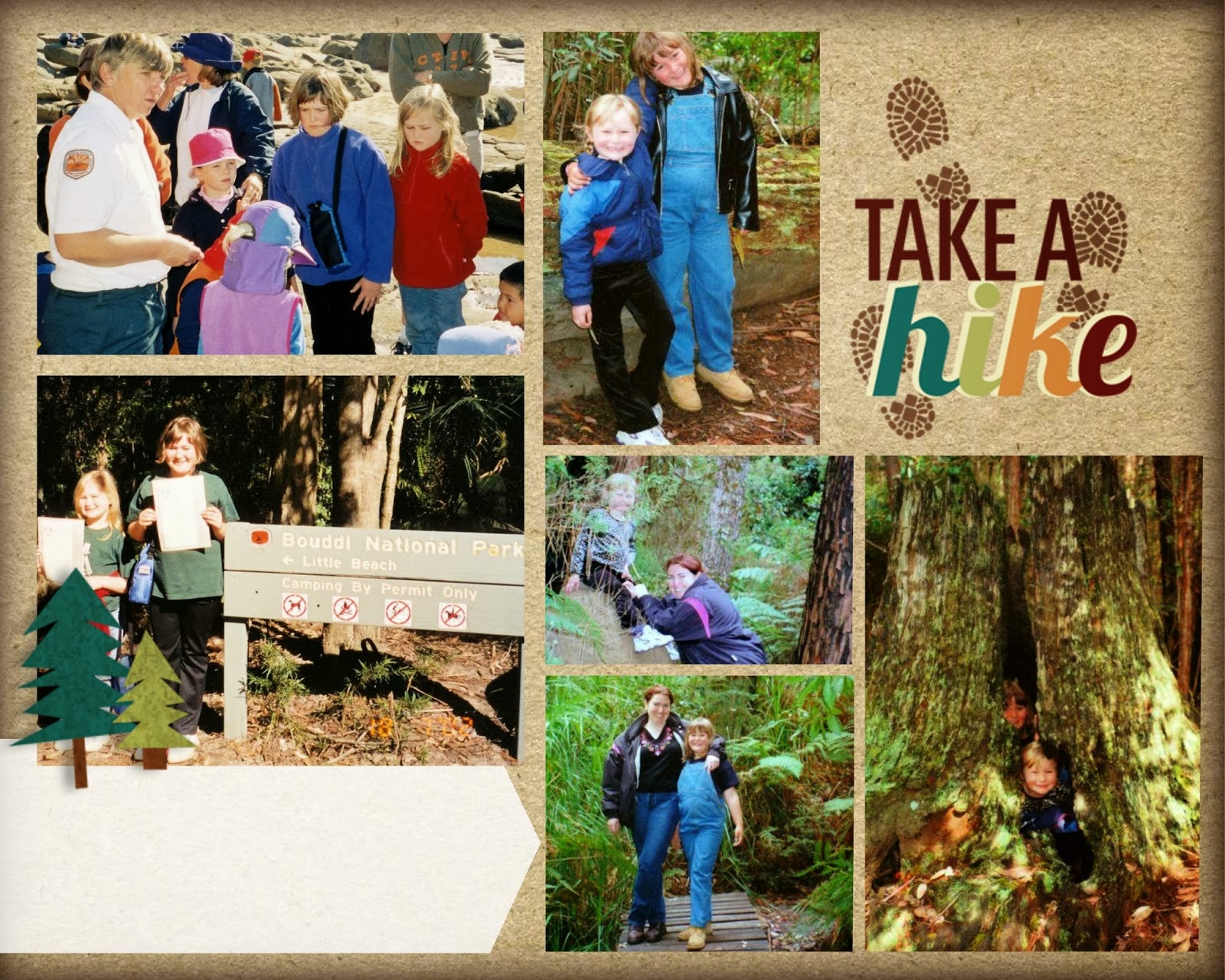 The girls and I used to regularly visit the forest and would often participate in ranger- guided bush-walks during the school holidays.

It was during one of these activities that "Tracks, Scats and Other Traces"was recommended, so was purchased for my reference library.


We took "the poop book" with us in 2008 when we hired a camper trailer for a week in October.

I'm fairly sure my frog books were the next acquisitions (after "the poop book"). One was a small Steve Parish "first field guide", which we've since retired and the other was an older  (possibly from an op-shop) "A Field Guide to the Frogs of Australia".  More recently I've acquired "Tadpoles of South-eastern Australia" and "A Complete Guide to Frogs of Australia".  I still find frogs a lot harder to identify than birds (or poo)!

From memory, I borrowed a lot of wildlife guides from the library for our October camper-trailer trip. After testing, we bought our favourites - probably as Christmas gifts.  The favourites were several of the Cronin's "Key Guides" - "Australian Mammals", "Australian Wildflowers" and "Australian Trees".  Identifying trees and wildflowers is tricky - like frogs but different!  Many years after purchasing those Cronin flora guides, I'm actually starting to use them more regularly - and am considering a more extensive reference book. 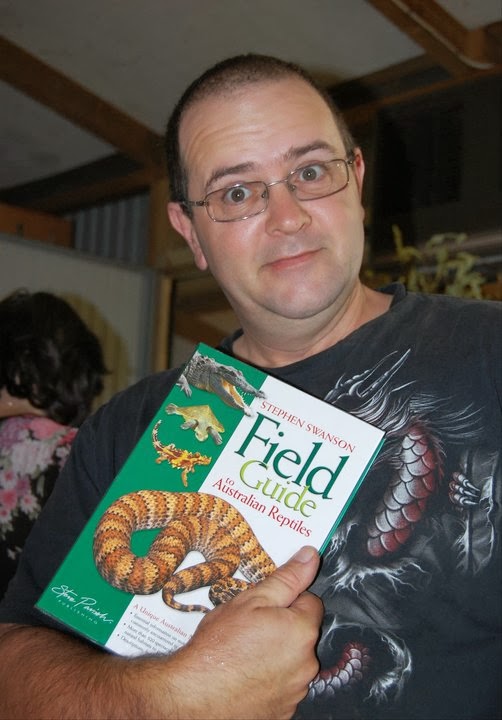 I'm fairly sure I received "A Complete Guide to Reptiles of Australia" as a Christmas gift, though don't remember which year. It seems reptile books are a popular choice for Christmas as Nick received his "Field Guide to Australian Reptiles" at Yowah in 2010.  (Our copies are older editions than those linked).

Until very recently I didn't have a detailed insect guide.  When I first tried to buy one I was given a choice between a very simple booklet or a highly scientific two-kilo tome!  I chose lightly and attempted to identify insects online.  We now have "A Field Guide to Insects in Australia", which proved it's worth during our 10-weeks Yowah trip in 2014!

A few months ago, Erin and I attended a free talk at Kenmore Library by Peter Menkhorst, a co-author of the newly released The Australian Bird Guide.  We didn't really need another bird book but bought one at the night - and lined up to have it signed by Peter.

The Birdwatchers Notebook was a $1.00 bargain bought at Lifeline's Bookfest!  (It matches in with my Slater Field Guide to Australian Birds). 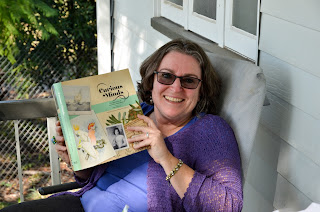 There are other reference books that generally stay at home. "Following Burke and Wills Across Australia" was a gift request, prompted by our Burke and Wills expedition in 2013 and visits to the Dig Tree and Burke's Grave in 2014.

Nick's "Discovery Guide to Outback Queensland" was another gift, prompted by  our 2017 relocation to the sunshine state.  "Curious Minds:  The discoveries of Australian naturalists" was a lovely birthday surprise and makes for interesting reading.